With Ofgem apparently gearing up to begin its review of the microbusiness energy market, some will say it is about time the energy needs of microbusinesses are better met by the market, with greater protections where necessary. When I talk to microbusiness customers, many talk of their experiences with the market and the changes they want to see; being hounded by calls from brokers and TPIs, with many of these calls leaving the customer less than clear on who they’re talking to, who they represent and exactly how (and how much) they get paid.

The chance for Ofgem to review the matter, and for the players in this market to look at what we can do better, is something I welcome. But the indications are the review could last for several years, and there may not be any substantive action that results from it until March 2021.

Not only is that two years away, but it marks ten years since we first announced our intention to develop our own TPI Code of Practice (also adopted internally by our own sales teams) to seek to improve relationships with customers and provide a fairer, more transparent service.

In its most recent analysis, Cornwall Insight said “a code of practice for third party intermediaries . . . remains a consistent demand from suppliers and TPIs alike and is a notable emerging theme of our 2019 survey of TPI satisfaction with energy suppliers”.

TPI revenues, which are of course paid for by the customer whether they know it or not, are running at £300m a year. This means small businesses could have paid anywhere up to £3bn in broker fees in the last ten years without them being aware of where their money’s going.

As an industry, we bear responsibility for having created this issue. The brokers are only doing what the market drives them to do – blaming them is like blaming Premiership footballers for high wages when they’re just the recipients of the amounts of money being thrown around by the leagues, the TV money and the club chairmen.

But at E.ON, with our TPI Code, we took a stand, even though it has cost us financially and still does today. You get bad apples in any barrel and cowboys in any industry, but we believe our Code demonstrates that signing up to it brings with it a commitment to conduct business according to basic principles of trust and honesty

This is now reflected in levels of customer satisfaction. TPIs who signed up to our code, along with our own direct sales teams, sell energy in the right way for customers and this leads to fewer complaints and a more positive customer experience.

During the last ten years, adhering to our code has seen us reduce by more than half the number of TPIs that we will work with, and helped those brokers we do work with to deliver the same high standards as our own direct sales teams. In return we have seen customer complaints fall to our lowest ever levels, as evidenced by the Citizens Advice non-domestic league table and our own internal satisfaction tracking.

In fact the latest league table from Citizens Advice ranks E.ON top for handling complaints from business customers. It’s the third time we’ve taken the top spot since the data was first compiled in July 2016.

It’s heartening to be recognised for our service. We put much of this recent success down to our Code of Practice which was drawn up with input from customers and brokers to provide business customers with independent reassurance that they were dealing with parties that were trustworthy and who would contract with them in a fair and responsible way.

Not resting on our laurels

Earlier this year, we became corporate members of the Association of Professional Sales (APS), underlining a real commitment to investing in the development of our sales teams. We’re now chasing ‘Investor in Sales’ status by helping individual members of those teams to become professionally registered with the APS.

That’s what we’re doing to make life better for our customers. And it’s working. But there’s only so much we can do. Other suppliers and Ofgem need to play their part too, for the good of the industry, and for all of our customers.

I believe that other suppliers should be adopting these same principles, truly listening to their customers and not turning a blind eye to the poor practices that might give a short-term gain, but ultimately erode trust and customer satisfaction in our market.

We have clear evidence that, with the right controls and support in place, a hard core of professional TPIs can provide a valuable, transparent, compliant service for many UK businesses. 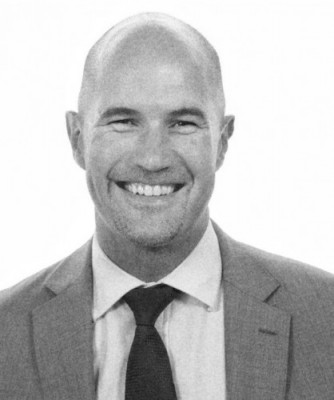 Iain Walker is Director of Business Energy Sales at E.ON UK, responsible for energy sales and management offerings for cities and business customers, from microbusiness and SME customers large industrial and corporate clients.

Iain was instrumental in creating the TPI Code of Practice, a set of standards that helps to protect business customers by making sure third party intermediaries are fair, honest and transparent when they sell energy.