A major energy efficiency savings programme by E.ON at Transport for London’s Palestra building has been shortlisted for four energy and sustainability awards.

The two-year project delivered significant carbon and cost savings at the central London building, a key office and operational hub for the capital’s transport provider.

Palestra has so far seen an improvement in energy efficiency of more than 20%, producing savings on energy costs of around 42% or £470,000 each year and a carbon emissions reduction of 7% or 227 tonnes a year.

The project teams have secured nominations for seven industry awards and have already won the prestigious CIBSE Facilities Management of the year award in February and the AEE Regional Energy Project of the Year in September.

Next are four further major awards in the coming weeks; from the Association of Decentralised Energy (shortlisted in Commercial Building Project category), the Energy Institute (Energy Management), Building magazine (Building Performance) and the Energy Awards (Public Building Project of the Year). 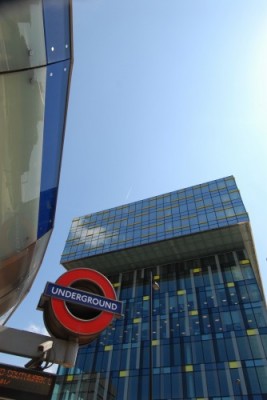 Quinten Babcock, Environmental Manager at TfL, said: “Palestra is a large and complex building with significant energy needs to support the people who help keep London moving 24/7. It was vital we sorted out the upgrades while the building remained operational.

“Since the improvements to our energy management systems, we’ve seen significant savings in terms of both energy costs and carbon emissions. We are seeing up to £1,650 a day in energy savings and with other improvements coming on line that performance is likely to improve even further next full year.”

Michael Lewis, E.ON UK Chief Executive, added: “We’ve made a commitment to supporting businesses in meeting their emissions reduction targets through smarter, personalised and more sustainable solutions. We do that because we know businesses and organisations can play a key role in tackling the twin threats of climate crisis and improving the quality of the air we breathe.

“Our work with TfL was guaranteed to deliver savings and designed to minimise any impact on operations at the site. The art of this project is we’ve not had to fund and install major new energy generation assets; this project has delivered significant success by optimising existing equipment, rather than simply replacing and starting anew, and allowing them to work together more efficiently to achieve savings.”

E.ON’s business energy efficiency experts focused on improving the running efficiency and interoperability of existing systems such as the combined cooling, heat and power systems (CCHP) as well as optimising the controls and remote operation of the building management systems. It allowed for the most efficient use of the on-site generation systems including the CHP.

The project will provide significant savings in public expenditure for the longer term and help meet TfL’s environmental performance targets.

The upgrades were carried out under the Mayor of London’s RE:FIT scheme which was established in 2009 to help make London’s public buildings and assets more energy efficient; reducing carbon emissions and providing guaranteed energy savings for organisations including London boroughs, the NHS, central government departments, schools and other educational establishments and cultural and heritage organisations.

Under the RE:FIT framework E.ON guaranteed savings for TfL from the works over a given period meaning it is assured of a secure financial saving.

RE:FIT London, which is jointly funded by the GLA and the European Union European Regional Development Fund, is helping to achieve the Mayor’s aim for London to be a zero-carbon city by 2050.